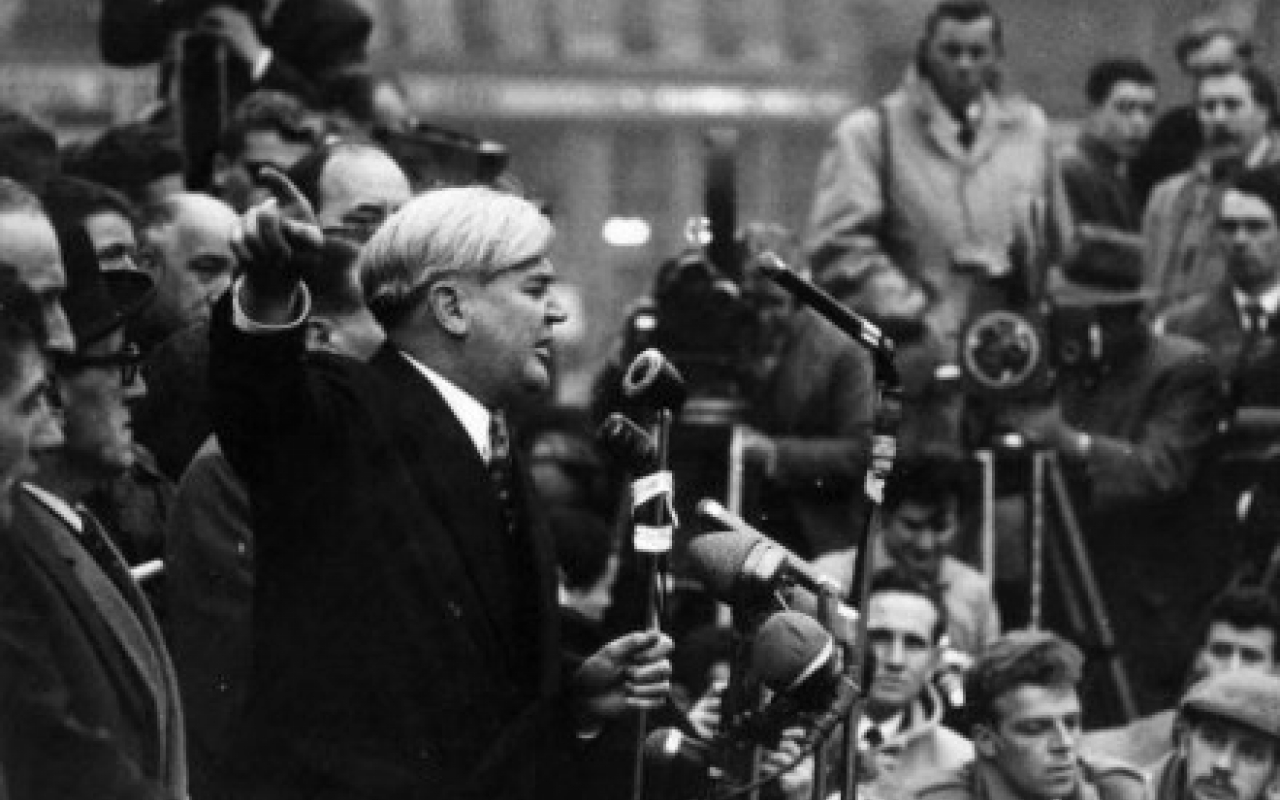 In the fifth chapter of his 1952 collection of essays In Place of Fear, former miner and trade unionist, Labour politician and NHS founder Aneurin Bevan wrote:

“One of the consequences of the universality of the British Health Service is the free treatment of foreign visitors. This has given rise to a great deal of criticism, most of it ill-informed and some of it deliberately mischievous. Why should people come to Britain and enjoy the benefits of the free Health Service when they do not subscribe to the national revenues? So the argument goes. No doubt a little of this objection is still based on the confusion about contributions to which I have referred. The fact is, of course, that visitors to Britain subscribe to the national revenues as soon as they start consuming certain commodities, drink and tobacco for example, and entertainment. They make no direct contribution to the cost of the Health Service any more than does a British citizen.

“However, there are a number of more potent reasons why it would be unwise as well as mean to withhold the free service from the visitor to Britain. How do we distinguish a visitor from anybody else? Are British citizens to carry means of identification everywhere to prove that they are not visitors? For if the sheep are to be separated from the goats both must be classified. What began as an attempt to keep the Health Service for ourselves would end by being a nuisance to everybody. Happily, this is one of those occasions when generosity and convenience march together. The cost of looking after the visitor who falls ill cannot amount to more than a negligible fraction of £399,000,000, the total cost of the Health Service. It is not difficult to arrive at an approximate estimate. All we have to do is look up the number of visitors to Great Britain during one year and assume they would make the same use of the Health Service as a similar number of Britishers. Divide the total cost of the Service by the population and you get the answer. I had the estimate taken out and it amounted to about £200,000 a year. Obviously this is an overestimate because people who go for holidays are not likely to need a doctor’s attention as much as others. However, there it is for what it is worth and you will see it does not justify the fuss that has been made about it.

“The whole agitation has a nasty taste. Instead of rejoicing at the opportunity to practice a civilized principle, Conservatives have tried to exploit the most disreputable emotions in this among many other attempts to discredit socialised medicine.

“Naturally when Britons go abroad they are incensed because they are not similarly treated if they need the attention of a doctor. But that also I am convinced will come when other nations follow our example and have health services of their own. When that happens we shall be able to work out schemes of reciprocity, and yet one more amenity will have been added to social intercourse. In the meantime let us keep in mind that, here, example is better than precept.”

• For the whole chapter, in which Bevan discusses the philosophy behind the NHS more generally, see the Socialist Health Association website.