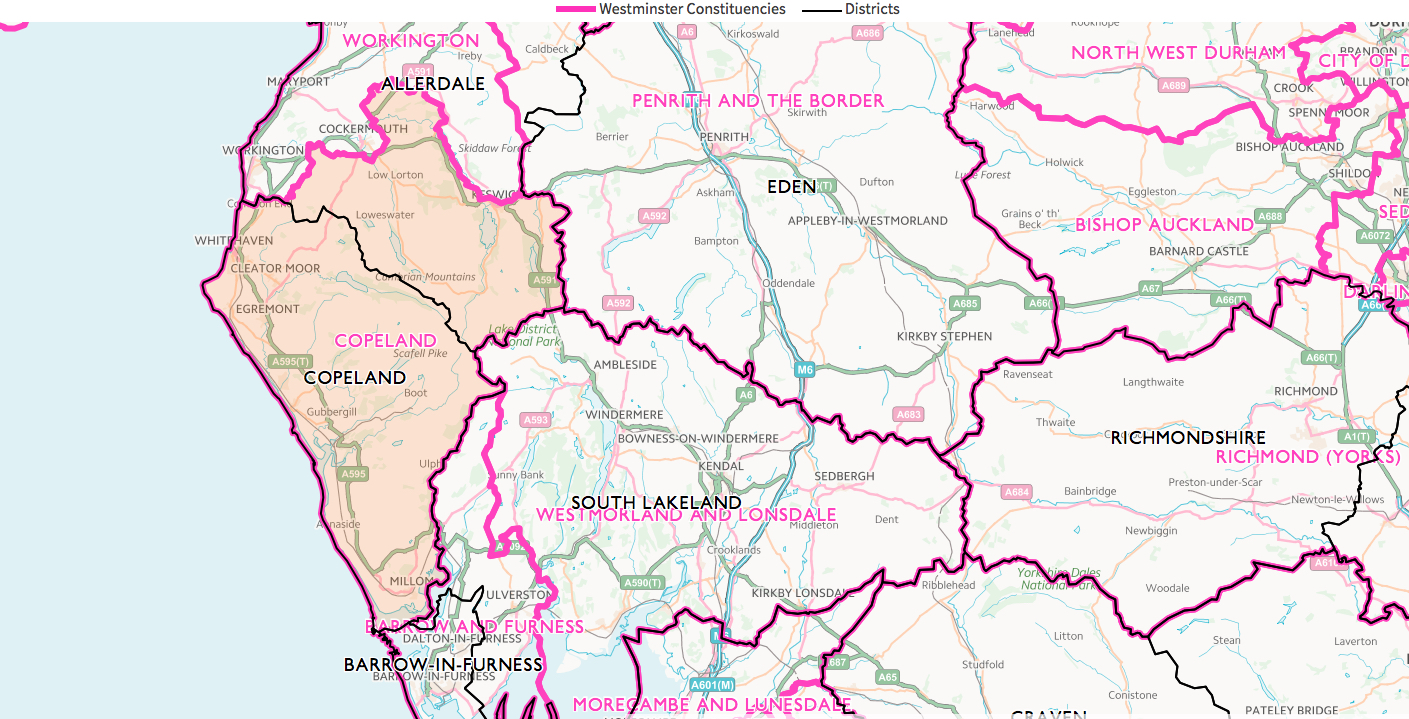 A quirk of circumstance has seen me able put considerable time into the Labour campaign for the by-election in Copeland, which is the neighbouring constituency to mine. I would urge any comrade who can to get over to Copeland and do some campaigning before 23 February.

As someone who has very little experience with door stop canvassing, I have found my time involved with the campaign to be truly enjoyable. Of the many people I have spoken to, only one told me that they shall be voting for UKIP and only one has brought up Brexit as an issue. This has surprised me given the noises made by the media. I think the February by-elections may show UKIP to have lost their raison d’etre following the Brexit vote, although this may see more votes go to Conservatives and be to the detriment of Labour.

Faced by a hostile media, it is no surprise that Corybn is not massively popular with people in Whitehaven. The two issues that concern people are the future of their hospital (which the Tories unsurprisingly do not mention in their campaign literature) and concerns over Sellafield, the later issue stems from things Jeremy Corbyn has said in the past regarding nuclear power.

Sellafield should be a non-issue – In 2011 and in the wake of the Fukushima disaster, Jeremy Corbyn called for the UK’s nuclear power stations to be decommissioned. However, as Sellafield is not a power station but a reprocessing and decommissioning site, any such move would not be detrimental to current employment in Whitehaven. Nevertheless, national Labour Party policy is for an energy mix to move us away from fossil fuels and when Jeremy was interviewed by Andrew Marr recently he said that he would not stop development of the Moorside Nuclear Power Station which would already be underway by 2020 (whilst I am sure future Prime minister Corbyn would not want to commission the development of any further nuclear power developments, I would welcome him re-considering his thoughts on this issue and not just making a fudge).

When Copeland CLP selected its candidate, voting rights were only available for those who had joined the party six months prior to Reed’s resignation (more than seven months prior to the selection meeting), so over 200 local party members who would have joined the party in order to vote for Jeremy Corbyn in last year’s leadership election were denied a vote by a small margin. I understand that rules must be in place to prevent people joining the party one day in order to be able to vote for their friend in a selection meeting the next day, but I would like to go on record a stating that surely three months is large enough a period of time to stop such practices.

In the end the anti-Corbyn Gillian Troughton received 89 votes to Corbyn- and Momentum-supporter Rachel Holliday’s 76 and Barbara Cannon’s four. The openly pro-Corbyn Holliday losing out by only 13 votes. Does it make me too much of a conspiracy theorist to suggest that Jamie Reed did not step down any later than he did in order to prevent these newer, mainly Corbyn-supporting members receiving a vote?

Some on the Labour right, for instance Progress Director Richard Angell, have suggested manipulation of selection processes by Corbyn’s office, but if anything the opposite seems to be true. At least in Copeland (some) members got a vote – in Stoke Central the left candidate was excluded from the shortlist.

I believe Rachel did have wider appeal to the electorate of Copeland and people completely un-connected to the Labour Party have asked me, “Is this about Rachel?” when I have told them that I am calling from the party. It was Rachel’s proletarian back ground, being a native of Whitehaven, her life story which saw her win Cumbria Woman of The Year, as well as her ties to Sellafield, which saw her become such a potentially exciting candidate.

There was some grumbling by anti-Corbyn councillors on Facebook due to the fact that Rachel Holliday had never attended a Labour Party branch meeting before her selection. However, I think people need to consider the position of a working-class woman like Rachel, as against the more middle-class bent of those generally heavily involved in party politics. More middle-class candidates may set the party up for those ridiculous “liberal elite” claims which are pushed by the media. Despite hearing from objective people inside the selection meeting that Rachel struggled more with the questions fielded to candidates, I fear that some members of Copeland CLP voted against Rachel purely for the ‘pro-Corbyn’ sounds that she was making without thinking things through any further.

Nonethless, I have been campaigning hard for Gillian and all Labour members should do what they can to help ensure a victory in the constituency.