In the current election for Unite the Union’s General Secretary, some Clarion supporters are voting for incumbent Len McCluskey, on the grounds of defeating right-wing challenger Neil Coyne, and others for left-wing challenger Ian Allinson, a worker and union activist at Fujitsu in Manchester. We publish here, from our third issue, a piece by Edd Mustill on the politics of the election and an interview with Ian Allinson, by Simon Hannah. 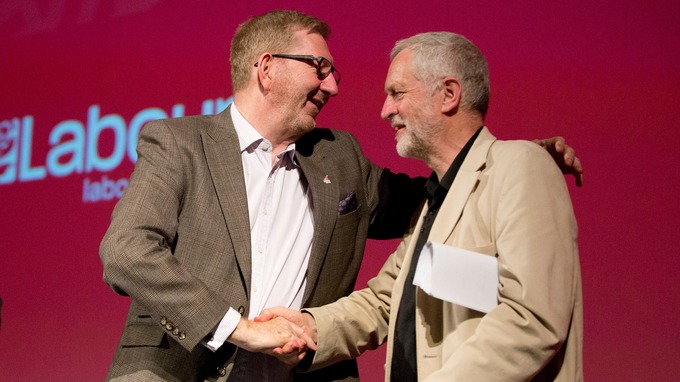 Unite’s election is a crucial battleground

The Unite general secretary election, though arguably unnecessary in the first place, is obviously incredibly important. The question of who leads the country’s biggest union is always crucial; it has become more so since the summer of 2015.

I will be voting for the incumbent, Len McCluskey, despite having a great amount of sympathy with many of the positions of Ian Allinson, the left-wing rank-and-file candidate.

The election has taken on a “political” character due to events in the Labour Party. Ironically, it is Gerard Coyne, the right-wing candidate who accuses McCluskey of spending too much time “playing politics”, who has made this election about the union’s relationship to Labour and specifically the party’s leader, Jeremy Corbyn. Coyne is hammering a sort of sub-syndicalist message that we shouldn’t worry our heads about politics and instead concentrate on winning better terms and conditions for our members, as if the union isn’t capable of doing both these things at once. In reality it is fairly transparent coded language suggesting that a Coyne-led Unite will be much less sympathetic to Corbyn.

On this issue, McCluskey represents continuity, but it is an important continuity; that of a leadership which has at least up until now, under pressure, been pretty much supportive of Corbyn down the line except on obvious sticking points like Trident.

On industrial questions I have seen nothing from Coyne to suggest that his much-vaunted shunning of party politics will yield any better results for the members, only platitudes. Obviously a victory for Coyne would be disastrous for the left in the union and the wider labour movement. I’m not usually a fan of such arguments but the stakes are very high in the current situation.

Ian Allinson raises a lot of points I agree with: the election of officials, opposition to Heathrow expansion and criticism of the union’s sluggish response to the Trade Union Act (a response sadly shared across the whole movement). It’s good that these issues are being raised and they should continue to be raised after the election. I would like to see a strong genuinely rank-and-file network in Unite but I can’t help but think that going for general secretary without one is putting the cart before the horse. A rank-and-file network should begin on the shop floor and exist in the day-to-day life of the union before aspiring to capture leadership positions. That is the only way it can remain an expression of the union’s grassroots in the long run.

There is a need for more discussion in the unions of the shortcomings of the “broad left” model of caucusing, and a rediscovery of more rank-and-file traditions.

Hopefully this discussion can continue in Unite, but at this juncture I’m not convinced that a challenge for the general secretaryship is the way to go about it. 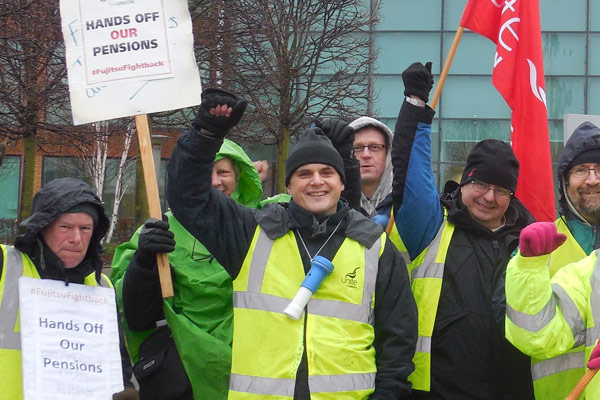 Why are you standing in the elections?

I was angry that Len McCluskey has, for the second time, manipulated the democratic process to his own advantage, and this came on to a growing disquiet about the gap between how Unite is working and what members need if we’re to respond effectively to the attacks from employers and government. The gap is huge.

What are the three priorities for you if elected?

All my priorities are ultimately about encouraging membership activity and participation – that’s where the strength of the union lies:
1) I’m committed to improving communication, without everything being filtered through layers of officers and committees, with fortnightly email newsletters direct to all activists and case-studies of members’ successes so we can learn from each other.
2) Unite must stop missing opportunities to get off the back foot, such as failing to call a national demonstration in defence of the NHS when the Junior Doctors had the Tories on the ropes. A key initiative will be to initiate conferences around the country with other organisations campaigning for human and civil rights against an increasingly repressive state. We can build a positive movement that makes the connections including opposition to the Trade Union Act, blacklisting, Tribunal fees and reduced access to justice, defence of workers’ rights to free movement and equal treatment, police racism and violence etc.
3) Initiate a review of Unite’s structures to improve support for the 80% of workplaces with ten or more Unite members which are in employers spanning multiple Unite regions. Our regional structure would be well suited for the mid nineteenth century. To support national Combines and strong sectors it needs modernising and a shift of resources to make our structures relevant and worth members engaging with.

What do you think Unite’s relationship should be to Labour? Coyne has accused Unite of spending too much time focused on the Labour leadership election, what is your take on that?

Coyne’s attack on this is really just code for a desire to turn the clock back to the days when we supported New Labour politicians who attacked our members every time they took action, supported anti-union legislation and gave us illegal wars and PFI. A hostile media is uninterested in the union’s day to day work, and sees everything through the lense of the Westminster bubble. In this election Coyne is acting as the mouthpiece for the Labour right and that hostile media.
I think Unite should continue supporting Corbyn as Labour leader. He’s the first Labour leader for many years who supports us and many of our policies. However, I think Corbyn has been undermined by McCluskey on a number of key issues, such as Trident and workers’ rights to free movement and equal treatment. Corbyn has been pressured to accommodate to the right, which is never when he comes across best. Perhaps more importantly, for Corbyn to win the next General Election requires more than just support through Labour’s internal structures. We need mass grassroots action over key issues now if we are to win people over and build on the break with decades of the political consensus behind neoliberalism.

Do you think Unite’s response around Trident or the third runway at Heathrow was up to scratch? What would you have done differently?

I think McCluskey led Unite in the wrong direction on these questions. Giant vanity projects are a great source of profits for a few large employers. But they are job destroyers, soaking up investment that would generate far more jobs elsewhere – for example in a million climate jobs. They isolate the union from the best people in wider society, who are horrified at the stockpiling of weapons of mass destruction, environmental damage and the ever growing threat from climate change. Instead of tailing after the plans of big business, Unite should be arguing for investment that provides genuine benefit to members, their families and communities.

Some Unite members are worried about splitting the left vote, how do you think your campaign fits into current left forces in the union?

It was McCluskey who decided to gamble the future of the union by calling a completely unnecessary election in order to try to manipulate the democratic process and cling on to office. People are right to be concerned about Coyne. Not only is he the mouthpiece of the failed Labour right and pandering to the worst sentiments on immigration, his proposals represent a return to the failed “servicing” approach of the late 1980s which saw rapid union decline. But the idea that there is a fixed “left vote” that belongs to McCluskey by default is wrong on many levels. Of course there will be people who will support me who would have voted for McCluskey if there were no better candidate. But there will also be people who could not stomach voting for either establishment candidate who will be supporting me in this election. There are also people disatisfied with a complacent defence of the status quo who will not back McCluskey and who might be tempted by Coyne if there was no more positive channel for their discontent. Supporters of centre candidates who lack good arguments against more radical alternative always rely on fear of the right to corrall support in their direction. They did this in previous Unite elections, only for Jerry Hicks to beat all the right wing candidates, including Coyne’s brother. We saw this in the US, where the Democrats backed Clinton rather than Sanders, and got Trump. And this is the same argument made for Burnham against Corbyn to keep out Kendall. Defence of the status quo for fear of something worse, when the status quo is manifestly unsatisfactory for working class people, is no place for the left to be. Instead we have to regard McCluskey and Coyne running as an opportunity. They are splitting the establishment vote and creating an opportunity to shake up the union and give a real boost to the effective grassroots activism essential to renew our movement.