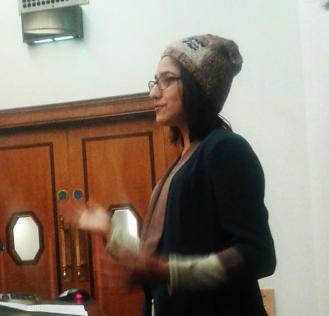 As many Momentum members will be aware, the elections for the National Co-ordinating Group opened, a body in which membership representatives make up at best 44% of total seats and a part of wider ‘democratic’ structures which were unilaterally imposed by six people on a Steering Committee whose mandate expired in August.

In such circumstances, what is the role of a grassroots activist in participating in elections designed specifically to marginalise their own involvement in Momentum? Standing as one in the National Coordinating Group election for the Midlands, Wales, and West region, I would like to outline a few points on what such participation can achieve.

1. These elections represent an opportunity to take our political arguments to members. By standing on platforms of democratisation from the grassroots upwards, organisation of local groups, and fighting for socialist policies on the ground, we can start the open political debates that Momentum has been crying out for since the beginning. We have a chance to put forward our positive political case about what the future of Momentum should look like to the wider membership, rather than having an inwards focus on trying to outmanoeuvre backroom manoeuvring.

2. Whilst the ridiculously wide regions are ludicrous for ensuring any meaningful accountability for elected representatives, let alone a capacity for regional co-ordination or meetings between reps; this campaigning period provides us an opportunity to make contact with local activists across large geographical areas, thereby improving the possibilities and coverage of national coordination between networks of local groups. We should use these elections to ceaselessly assert the need for local groups to have the capacity and resources to be able to organise and support grassroots activism as well as interventions into their local Parties – and mean it. Our platform has to be one based on active participation. Moreover we have to carry on this fight of getting people into party meetings, and getting people out onto the streets after these elections have finished.

3. The National Coordinating Group is an illegitimate body, it was imposed from top down in order to avoid having to deal with political divisions in the existing democratic structures. Whilst the existing ones were interim measures, the point was that they would be changed by the democratic decisions of members and not swiftly dissolved and replaced by labyrinthine flowcharts on the decision of the Director of the organisation. Participating in this election does not mean accepting the legitimacy of its existence, but being an incessant thorn in its side – asserting the right of local activists to have as much say in the political direction and structures of Momentum as the people at the very top of it. We do not have to recognise it as rightfully existing, we must use it as a vehicle to assert our own rightful existence, and vociferously.

Momentum is not anyone’s individual email database, it is a labour movement organisation made up of living, breathing activists attempting to construct socialist politics on the ground.