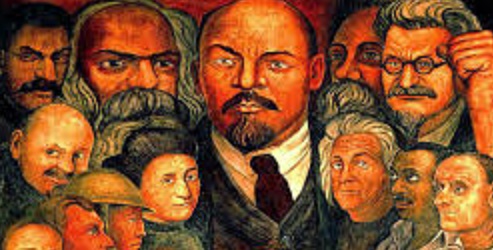 Some activists on the right of the Labour Party – and even some on the left – have been using the argument that those who regard themselves as revolutionary socialists have no place in the party. This kind of argument has been made most explicitly and extensively in writing by right-wing Labour blogger and failed NEC candidate Luke Akehurst – see, for instance, this October 2015 article on the LabourList site. To his credit, Akehurst rejects the bandying around of “Trot” as a way to characterise all Corbyn supporters. Rather he tries to draw a distinction between “revolutionary” and “democratic” socialists.

This is an issue not because most or even that many Corbyn supporters are revolutionary socialists, but because it is part of the Labour right’s multifaceted attempts to divide the left so they can conquer us. Socialists should not allow ourselves to be divided in this way. We should discuss our different ideas as part of a united struggle to defeat the right and transform Labour.

In addition, Akehurst is trying to cover up the anti-socialist – indeed anti-labour movement – ideas and record of the Labour right.

What are Akehurst’s arguments? He says the key Labour aim and value is “democratic socialism”. Revolutionary socialists cannot be in the party precisely because we “believe in a revolutionary path to socialism”. Akehurst objects to what he calls “the armed overthrow of parliamentary democracy and its replacement by a dictatorship of the proletariat”. He denounces those who see themselves “as part of the same revolutionary tradition as the Bolsheviks and Lenin and Trotsky”. “Labour isn’t your party because we are a party that believes in a parliamentary and democratic road to socialism.”

First off, please note Akehurst’s pretended ignorance of the party’s history. One of Labour’s founding affiliates was a Marxist organisation (the Social Democratic Federation), while another (the ILP, of which Keir Hardie was the leader) had many people within it who saw themselves as revolutionaries.

Despite his professed concern for clarity and honest political accounting, Akehurst is trying to obstruct understanding of what Marxists actually advocate. By using the archaic term “dictatorship of the proletariat”, he evidently hoped to strike horror into the hearts of his readers. But what Marx meant when he wrote about the “dictatorship of the proletariat” was the “rule of the waged working class”: no more nor less.

Using this old-fashioned terminology, the current social and political set up is the “dictatorship (rule) of the bourgeoisie (capitalists)”. To wanting to replace the latter with the former, I plead guilty. Workers’ rule, unlike that of the capitalists, will surely admit openly that it involves the “dictatorship” of a class (until classes fade out completely). But it will, on every level, be far more democratic than the system we have now, involving genuine popular power and control unlimited by the existence of a privileged elite. As Lenin and Trotsky’s comrade Rosa Luxemburg put it:

“Socialist democracy is not something which begins only in the promised land after the foundations of socialist economy are created; it does not come as some sort of Christmas present for the worthy people who, in the interim, have loyally supported a handful of socialist dictators. Socialist democracy begins simultaneously with the beginnings of the destruction of class rule… it is the same thing as the dictatorship of the proletariat.”

“… This dictatorship consists in the manner of applying democracy, not in its elimination, but in energetic, resolute attacks upon the well-entrenched rights and economic relationships of bourgeois society, without which a socialist transformation cannot be accomplished.”

Overturning capitalism and replacing it with socialism – which unlike Akehurst and perhaps unlike many on the left, we actually want to do! – will require more than simply legal enactments. It will take a mass movement in society, in workplaces and communities as well as at the level of politics, overflowing the blocks and filters and channels of official society – impediments created precisely in order to guard against the development of too much democracy. Moreover, it seems very likely that such a mass socialist movement will come into conflict with a very large physical blockage, the existing state machine — the police, the army, the bureaucratic hierarchy — which will defend capitalism with every means available.

History, from the Chilean coup of 1973 – carried out against a legally elected, reformist socialist government in a country so previously stable it was known as the “Britain of Latin America” – to our own miners’ strike of 1984-5, certainly suggests that. When even the election of Jeremy Corbyn as Labour leader prompted outbursts from the top of the military, it would be naïve to think anything fundamental has changed in this respect.

There is nothing undemocratic about any of this. In fact it is consistently democratic view of social transformation. Marxists are democratic socialists.

What about Parliament? Labour movements in history have created, at high points of mobilisation and struggle, more flexible, responsive and meaningfully democratic institutions than the kind of parliamentary system we have in Britain today. That doesn’t mean revolutionaries are “against parliamentary democracy”. Workers’ councils, as have come into being in many revolutions and mass upheavals, are in fact a kind of “parliamentary” system, in the sense of a system of elected assemblies. Moreover, we want to defend existing parliamentary democracy against bureaucratic and military subversion, extend its democratic aspects and test it to the limit as a channel for working-class self-assertion.

It is, in fact, the Labour right who over many decades have helped shift Parliament closer to a talking shop, with British democracy more and more hollowed out even by the low historical standards of democracy limited by capitalism (“bourgeois democracy”). Judged by their record, their contempt for parliamentary democracy is second only to their hatred for democracy in the labour movement, displayed so spectacularly in their war against Jeremy Corbyn.

The Labour right and socialism

“We are a party that believes in a parliamentary and democratic road to socialism”, says Luke Akehurst. So does Tony Blair believe in a parliamentary road to socialism? Does Peter Mandelson? What about Blair’s former director of operations John McTernan, who openly praises privatisation, says he’s glad Thatcher defeated the miners and a few months ago responded to the Southern Rail strikes by using the pages of the Daily Telegraph to call on the Tories to “crush the rail unions and for all”? Who can doubt Blair and all his ilk privately feel the same?

Luke Akehurst, the pretend loyal citizen of the labour movement, said nothing about McTernan’s shameful rant in the Telegraph – of course. He never comments on such things. Just as the right-wing “feminists” of the Parliamentary Labour Party consistently refused to take time out of their attacks on the “abuse” and “sexism” of Corbyn and the Labour left to even comment on Owen Smith’s real and regular sexist outbursts or the foul misogynist behaviour of Simon Danzcuk. (This is essentially unrelated to the actual issue of sexism on the left.)

The key division in today’s labour movement is surely not between “democrats” and “revolutionaries”. There is a division between democrats and anti-democrats in the movement — with, broadly, revolutionary Marxists, reformist “democratic socialists” and other honest activists of various stripes on one side, and Stalinists, semi-Stalinists, some of the soft left and the right (many of whose leaders are ex-Stalinists) on the other. Another division to look at would be between those who actually believe in socialism in some sense and those who oppose it.

Or better still, I would suggest: between those who meaningfully adhere to the labour movement, its struggles, its history and traditions, its interests and broad values, and neo-liberals of the Blair-Mandelson-McTernan stripe who hate it and want to maintain their dominance over Labour in order keep it down; along with their apologists like Luke Akehurst.

In the article I have been discussing, Akehurst appeals to Labour’s “democratic socialists” to help cast out the revolutionary left. In fact those from all wings of Labour who have any loyalty to the labour movement must fight to cast out the likes of McTernan, and demand that the Akehursts help or stand condemned.