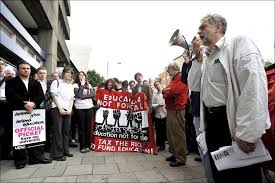 What would a truly emancipatory education system look like? Would it be encased by state and private corporate power as it is now? Or obsessed with knowledge associated with cultural prestige and elite power? Clearly not.

Before we can build an emancipatory education system we have to ask ourselves – the radical educators, students, parents and friends – in short, all of us, because we are all learners and teachers, two questions. Firstly, what work can we do now that widens the cracks and fissures in the current hegemonic control over our education system? And secondly, what political reforms should we push for which would pave the way for a deeply human, critical and democratic education? It is the second question that I will seek to address here.

As Labour seeks to build a systematic educational alternative, a National Education Service (NES), firstly, we must actively challenge elite educational structures and cultures. Above all, this means challenging the private schools and the exclusive academic culture of Oxbridge and other elite universities. Secondly, we need to push for reforms which create the space for both active conflict and passive slippage towards a radical egalitarian system.

Labour’s educational achievements in office are substantial – secondary education for all in 1944, comprehensive schooling after 1965 and more recently Surestart. But there has been a chronic weakness to Labour’s education policy when in government. It has consistently failed to actively take on the educational centres of elite power and reproduction. Alternative models have also been limited and never taken through to their ultimate conclusion. The NES must seek to do both these things and post-16 education is a central battlefield.

Further Education has been decimated under the Coalition and Tory governments. Whilst better funded under Labour, it was never put in a position where it could begin to challenge the cultural dominance of the school sixth form. When Labour was in government after 1945, proposals from local councils to adopt systematic arrangements for further education were not taken up. This was alongside failing to take advantage of a period of weakness for the elite ‘public’ schools. Again in the mid-1960s comprehensive reform went up to 16 but not beyond. The implementation, by Labour, of a binary system in higher education reinforced the creation of a parallel system with the school sixth form, A-levels and the universities on one side and further education colleges, more vocational exams and the Polytechnics on the other.

Lessons from the past

Labour has chronically failed to recognise that education is a cultural and political battleground in a deep and meaningful sense. It was never just a question of ending selection at 11 — a system which, it should be remembered, Labour created in the first place after 1945, representing deeply flawed inter-war thinking about education. Similarly, if and when Labour return to office, it will not be a case of simply restoring funding to FE Colleges. What is at stake here is what we value and count as education, and the cultural and socio-political conflict that entails.

The failure to actively reform education after 16 represented a huge cultural and political defeat. The school sixth form, its academic selectivity on entry and, often, its physical separation from other parts of the school, represents the trickle down of the educational culture of the public schools. When policy for a ‘common’ exam at 16, the future GCSE, was developed over the 1970s and finalised in the 1980s, private schools and universities lobbied intensely for a selective, traditionally academic curriculum. As selection on entry at 11 was no longer possible, GCSEs were created by the Conservatives with a higher and a lower-level entry — as Keith Joseph put it ‘differentiation within schools’ would be the order of the day. The ‘liberal humanism’ of this elite educational culture has been strengthened by Gove’s English Baccalaureate. May’s plan for more grammar schools is an attempt to move from reversing slowly to turning the car round completely and driving into the phantom past of ‘traditional’ elite-dominated educational cultures and the even more ghostly myth of social mobility through selective education.

So what should the National Education Service seek to put in its place? Disrupting the old system and creating a new one means a two-fold, overlapping project of undermining old structures and creating a new culture. Modularity should be a key principle of the educational curriculum that we seek to build, especially in further and higher education. Traditional post-16 education emphasises a linear trajectory with subject specialisation and de facto social segregation by subjects and institutions as a precursor to further segregation on entry to university and/or employment thereafter. We need to begin to erode these social and ‘academic’ divisions.

To be frank this linear trajectory does not suit most people — many drop-out or choose FE precisely to escape the more rigid and increasingly authoritarian organisation of many schools. Instead of thinking of a linear, upward trajectory of progression towards specific educational goals, we should be thinking instead of overlapping paths which change direction and allow fluid movement across disciplines and specialised institutions. This would allow people to return to education at any point with a clear idea of how a pathway from existing experience and education connects to a different world of work and learning. Concretely these patterns already exist — there are already combined degrees across and between further education and post-1992 universities. They should be extended gradually — why shouldn’t a student doing an access course (decimated and undermined over the last six years) take first year modules as part of their course? The point here is allow for a gradual slippage and erosion of the divisions between different sites and ‘types’ of learning.

To succeed this model would have to be extended into the ‘school’ system – failure to operate the same scale for learning and ‘qualification’ across different sectors would only lead to the creation of new hierarchies. Reforming state post-16 and higher education whilst leaving the elite sector untouched is utterly pointless. Abolishing private schooling and ending the huge economic privileges of Oxford and Cambridge means a huge cultural and political struggle but we have to begin to prepare ourselves for it. If there is a surge in anti-elite sentiment then we should be putting these institutions firmly within our sights.

Onerous as the task of dismantling the old and constructing the new may seem, we should not underestimate the weaknesses within the existing system. We know already what we want the new model to look like. It is there in fragments, in amongst the fissures and cracks in the current cultural hegemony over education, old and new ideas for a radical educational future are still alive. Our task is to take them and fuse them into a radical programme for reform which creates the emancipatory, critical and democratic education that we want and need. 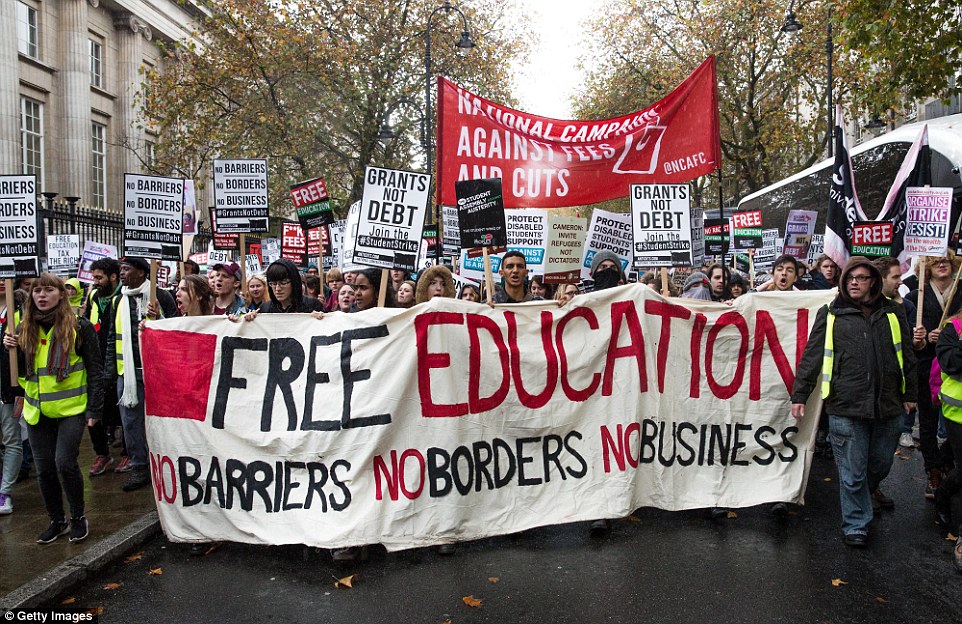