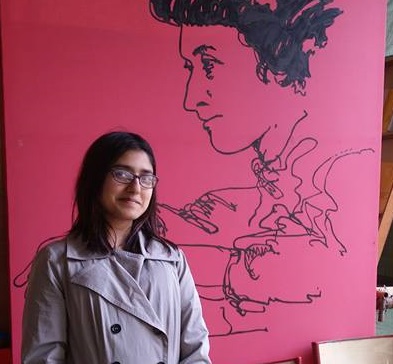 By Rida Vaquas (Rida is Secretary of Oxford University Labour Club, a member of the Young Labour NC and an editor for The Clarion)

It is always a sign of a good protest when you find it nearly impossible to find your friends and find yourself shoulder to shoulder with people you don’t know at all. It means that something is happening, there is a movement emerging beyond the wearied protesters who have been doing this for years.

In these contexts it makes little sense to sneer at the newly engaged – “Where were you during the record deportations under Obama?” or something similar. There is no one on earth, even the most active activist, who was born with an awareness of all the horrors that take place in this society, let alone a sensation of feeling impelled to do something about it. Even the people who pride themselves on their political experience, and their political knowledge, and their record of fighting injustice, had their first demonstration sometime, the first time they thought: “I need to confront this world as it is, and try to change it”.

The greatest danger facing society is not that people get angry at the wrong time, or are not angry about every injustice that has taken place (yet), but that they never get angry at all, as millions of people don’t. If over 2,500 people can come out in Oxford on a rainy and cold Monday evening, that is something to take heart in. Oppressors partly work by engendering a sense of powerlessness amongst people who comprehend injustice: when the horror is so overwhelming, what can we possibly do against it? The fact that thousands of people resisted that sensation of powerless and demonstrated that they believed they could do something is to be celebrated, it signifies taking social responsibility on a large scale, it signifies what we need the most: an understanding that all our existences are dependent on each other’s solidarity. Facing up to totality of the world, in all its horror and beauty, is a social and collective action.

However, that doesn’t mean a mass movement is automatic. Political activity over the next few years has to be constant, but moreover, it has to pose a challenge to power. That means strategically we must aim to disrupt the day-to-day functioning of the state, so long as the state enables the oppression of our brothers and sisters. That necessarily means asserting the power of a class movement: the working class movement. Because the working class is the social force that has the capacity to attack capital as a revolutionary agent – without the ability to disrupt, to throw a spanner in the works, all our visions are merely a “counsel of despair”. The politics of class is necessary to sustain a mass movement, and make it an effective instrument for social change – as the strike by the New York taxi drivers upon the implementation of the executive order demonstrates.

There is a long struggle ahead of us, but we should take heart in the fact that so many thousands are standing by our side across the world.