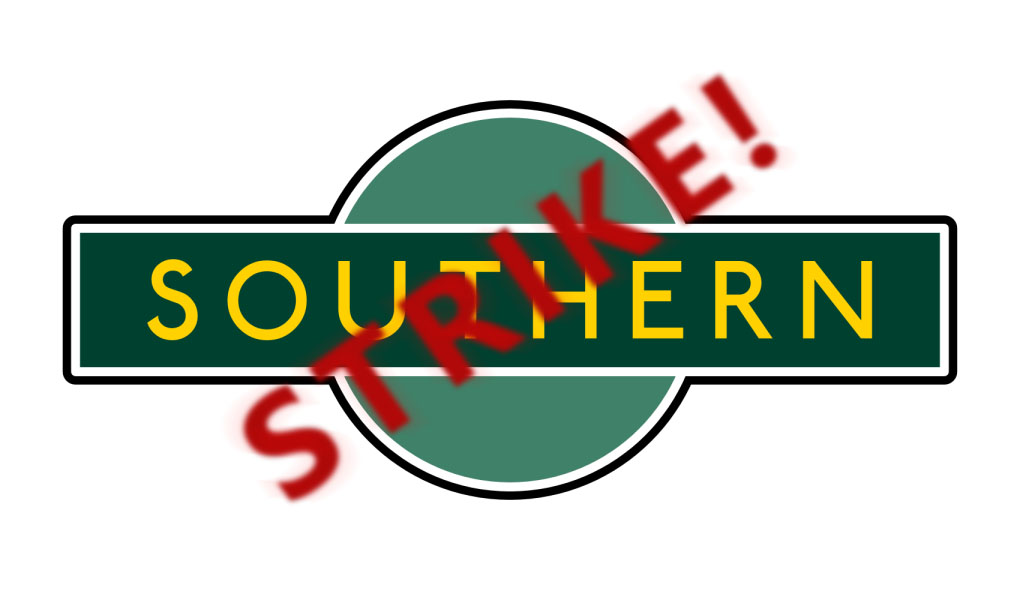 By a railworker, RMT union rep and Labour activist

Strike figures for last year were amongst the lowest since records began. That context rendered the hue and cry in the press about the small spike in industrial disputes, involving rail workers, postal workers, and others, that took place around Christmas – comparing them to the huge struggles of the 1970s and 80s, or describing them as “rampant” – faintly ridiculous. It is, however, an indication of how much the Tories, and the right-wing press, loathe and fear the prospect of working-class people organising to assert ourselves. Even this small upsurge has sent them into paroxysms of rage, complete with demands for further bans on strikes.

The response of the Trade Union Congress to those demands was as depressing as it was predictable. There’s no need for a ban, the TUC said: strikes are at their lowest ever level! The workers involved in the Christmas 2016 strikes might have wondered why the official leadership of the industrial labour movement was not using its public platform to loudly and enthusiastically promote and support their action, but rather to assuage the fears of the Tory press, and remind the right how exceptional and rare strikes still are (the implication being, if strikes were at a higher level, then a ban might be justified).

That attitude is likely to ensure that strikes remain rare. And as long as strikes remain rare, workers will continue to suffer pay cuts, job losses, and worse conditions. The TUC can re-run its insipid “Heart Unions” campaign as many times as it likes, but unions that do not take action, including strikes, the most fundamental form of action any worker can take, will not win anything.

We have to shift our narrative away from talking about strikes as something we’re only ever forced in to; that we only use as a last resort; that are to be profusely apologised for. Any industrial action, especially by workers who provide a public service, is going to inconvenience or negatively impact the public in some way. On the railway, where I work, none of us relish the inconvenience our strikes cause the travelling public. I understand why our union spokespeople often “apologise” to our passengers for this impact. We can understand, and sympathise with, the situation our passengers find themselves in, but we should not apologise for attempting to defend or extend our rights using the only really effective means available to us – the withdrawal of labour.

Invariably, defeat in our disputes – against job cuts, for example – will mean a worse, less safe, less accessible service for passengers. Rather than apologising, the emphasis should be on encouraging passengers to see the victory of our strikes as something that’s in their own interests. RMT has done this relatively effectively in the Southern Rail dispute (spectacularly aided by the almost farcical incompetence and shambolic public relations strategy of Southern bosses), and previously via the Hands Off London Transport coalition which formed around Tube workers’ battles against job cuts in 2014. More of that is needed.

Our unions, and the TUC, should celebrate our strikes, and encourage other working-class people, including and perhaps especially those negatively impacted by them, to see the act of resisting your employer’s attempts to make your working life worse (or, better still, positively pursuing an “offensive” struggle to make it better) as something to be inspired by and to emulate.

The idea of “celebrating” strikes might seem counterintuitive; after all, doesn’t the very fact of a strike being necessary mean something bad has happened? And who wants to “celebrate” losing pay? Those aren’t unreasonable points, but they’re also, in part, the product of diminished expectations and a lack of confidence. Almost all strikes now are defensive, reactive responses to some attack by the employer (and, all too frequently, launched when it’s already too late, so the strike functions as a token protest rather than a meaningful attempt to stop the attack itself). But strikes could also be part of a positive, offensive effort by workers to improve their conditions at work, rather than waiting for the employer to worsen them.

As for losing pay, while almost every industrial dispute will involve some sacrifice, some groups of workers, such as the Picturehouse cinema strikers, are now rediscovering the once-fundamental trade union strategy of strike funds, a crucial means of ensuring workers are able to take the action necessary to win. The point of a strike is not to make some worthy sacrifice which appeals the bosses’ better nature, but to disrupt the functioning of the employer’s business and profits via the withdrawal of labour in order to force concessions from the bosses. Better-paid workers might be more able to lose pay; others are less so. If that means raising funds so workers who would otherwise be starved back to work can afford to take prolonged action, so be it. The most essential function of a union, before any individual representation or service it provides, is to enable its members to take collective action. Donations to strike funds are certainly something to be celebrated. We can hardly enthuse about the message of the film Pride, the story of LGBT activists raising money for the miners’ strike, if we are squeamish about doing the same thing today.

Ultimately, though, what we should celebrate about our strikes is obviously not the bosses’ attack to which they may be a response, or the loss of pay they are likely to involve, but rather the decision that a strike represents to stand up for ourselves, rather than take an attack lying down.

Moreover, seeing strikes as something to apologise for and to regret is not merely a matter of messaging, but stems from a particular political perspective. If strikes are an exceptional, regrettable last resort, to be considered only when “normal” industrial relations have “broken down”, that suggests that normal industrial relations are a matter of partnership and accommodation between parties with shared interests.

But trade unions exist precisely because workers and bosses do not have shared interests. “Industrial relations” is ultimately little more than a euphemism for class conflict. Strikes are our side’s means of advancing our cause in that conflict. That’s not to say we should strike over every issue at work – “pick your battles” is sound advice in any ongoing war – but it does mean that we have to understand that the “normal” state of affairs is not neutral, but based on struggle between opposing forces.

A sign of how far we have to go is how difficult it seems to be for many people to make the connection between un-unionised workplaces and bad conditions. “My conditions at work are shit and you don’t see me striking” is perhaps the most common negative comment I’ve had hurled at me while on a picket line. As I always respond, and as many have pointed out on social media in the discussions around the Christmas strikes, those two facts might have something to do with each other. Our unions need to be loudly and relentlessly promoting that message: it’s not just union membership, conceived of a passive relationship with an external service provider, by union struggle, where union members are part of a democratic collective via which they can assert themselves, that wins better rights at work.

There’s no easy fix for any of this. Union membership has nearly halve since its peak in 1979, and there are far fewer elected workplace representatives. With the movement in defensive retreat for an entire generation, it’s not as simple as telling un-unionised workers that they should form a union at work, go on strike, and win things. Even in industries like mine, where union density is relatively high and our unions relatively militant, our strikes are often defensive actions which result in blunting the sharpest edges of the bosses’ attacks, rather than decisive victories for us as workers. For working-class confidence and self-assertion to meaningfully revive, a radical transformation of the whole movement is required, in the first place to address the democratic deficit that exists in every large union between its grassroots membership and its structures. But equally necessary for that revival is for the unions to turn outwards, organise in unorganised industries, and in doing so break down the nonsensical dichotomy between “unions/strikers” and “the general public/ordinary people” on which the narrative of the Tories and the press relies.

The seeds of that outwards turn can be seen in the strikes of low-paid Picturehouse Cinema workers in Brixton, Hackney (and potentially elsewhere); in the Bakers’ unions campaigns to organise fast food and pub chains, consciously modelled on the struggles of fast food workers in New Zealand and America; and the campaigns of independent unions like United Voices of the World, the Independent Workers’ union of Great Britain, and others amongst outsourced cleaning workers and “gig economy” workers for companies like Deliveroo and UberEATS. Those workers might not have the same industrial leverage that workers on the railway, in the post office, or in aviation have, but there is no group of workers that has no leverage at all. If you are employed (even under the bogus “self-employed” terms now favoured in some sectors and industries), your employer relies on your labour to make their product or provide a service. If you have a job, you have power.

A new element in the contemporary political situation that could make a huge difference to labour-movement renewal and a real, lasting upsurge in industrial struggle is a Labour Party in the process of potential transformation and recomposition. Its two leading figures, Jeremy Corbyn and John McDonnell, have spent their political life supporting strikes. They must use their platforms now to do more to actively support workers’ struggles.

John McDonnell ends almost every speech to a trade union audience with the neat phrase “whether in Parliament or on the picket line, we are with you: solidarity”. That must be made a reality. The Labour Party should be the party of strikes, unashamedly promoting to its 630,000 members the idea that organising at work, including taking industrial action, is an essential part of Labour’s vision for reshaping society. Momentum, now nearly 20,000 strong, could also do much more: mass emails and texts exhorting members to participate in a controversial survey about Momentum’s internal structures (for more on which, see here) currently outnumber any communication promoting strikes; encouraging donations to strike funds; or urging members to visit picket lines to support strikes by 3-0.

The statistics are undeniable: working-class people do better when both union membership and union militancy is higher. The wage share of GDP has fallen by over 5% since its high point in the 1970s. The foundational purpose of the Labour Party is to represent in politics the interests of the industrial labour movement, in order to win more power for working-class people and, in doing so, improve our material conditions. That cannot happen while the industrial labour movement is weak and in permanent defensive retreat, and while some of its leaders are cringingly apologetic for the rare instances in which workers buck those trends.

Many of the 79,000 people who’ve joined Labour since Corbyn’s re-election as leader will have done so because they are enthused by left-wing politics, and the prospect of fighting for and winning them. Organising where they work to rebuild trade union membership; to grow working-class confidence; to build solidarity with ongoing disputes on Southern, London Underground (where station staff will strike in early January), at Picturehouse Cinemas, and elsewhere; and make the resistance represented by the Christmas 2016 strikes the rule, rather than the exception, is an essential place to start.