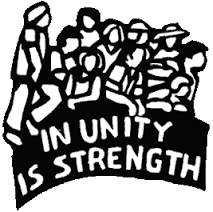 The following statement was agreed overwhelmingly, with a few abstentions, by the last Lewisham Momentum general meeting of the year on 12 December. It was proposed by Crofton Park Labour Party chair and NUT activist Jade Baker (pc).

We are for a united, democratic, activist-led, campaigning, socialist Momentum – which turns outward to transform the Labour Party and labour movement, supports and initiates struggles, and takes on the Tories and the rich; while encouraging discussion and debate.

We oppose all suggestions of splitting Momentum. A split would undermine this promising movement, weaken the Labour left, help the right and benefit the Tories.

Differences should be debated among Momentum members in a comradely, reasonable way. Everyone should strive to avoid uncomradely, dishonest or wantonly factional denunciation which spreads demoralisation and weakens the whole organisation.

Denunciations of “Trots”, “the hard left”, etc; describing those who agree with the decisions of the 3 December national committee as “wreckers” or “saboteurs”; dismissal of local Momentum groups; and so on – must stop.

We call for the decisions of the NC to be carried out, including the decision for a democratic national conference where different views about how Momentum should be organised, what it stands for and what it does can be put forward.