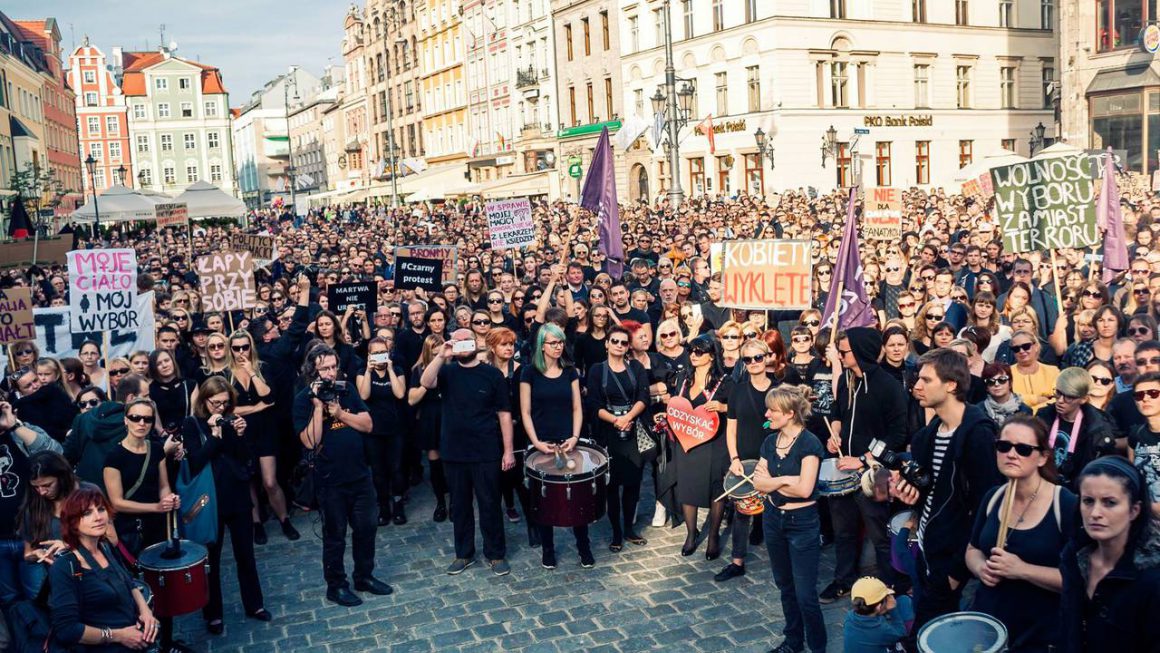 Mags, a Birmingham-based activist with the Polish left-wing party Razem (“Together”), spoke to The Clarion.

In terms of Polish migrants in Britain, there are those who came in 2004 and have stayed since; and there are also people who just moved in, and then there are people who move back and forth. Awareness of that is an important, ongoing thing.

If Britain will leave the European Union and hardens its borders, we can expect a wave of immigrants from Poland trying to get in before the borders close. So we have come up with a campaign on how to inform people about how to spot “migration agents” who are scammers. We know stories about people who came to the UK, and someone was supposed to pick them up at the airport and then suddenly demand money, and in some cases just leave newly-arrived people at the airport. I used to work in a Polish community centre and not a week went by without a new person turning up in such circumstances. There is a firm in the West Midlands that took advantage of these workers, paying a pound an hour. That went on for ten years! We want people to know their rights before they come to the UK and be able to identify registered recruitment agents and spot potential scams.

Part of the campaign will take place in Poland and part will take place here. It will be about informing people – if your employer does not give you holidays, if you don’t get a pay slip, if you earn less than £7.20/hour if you’re over 25: it’s those kinds of things, knowing your rights and knowing what to do if they are not respected.

We are also campaigning around workers’ rights, with a leaflet about trade unions launched by our London group. Union membership amongst Polish people in the UK is very low. That is striking where you consider how many Polish people actually work in environments where there are strong trade unions. We are trying to overcome the barrier that not everyone speaks English. Also they are afraid of losing their jobs. So the leaflets we release contain information, telling them what their rights are if they join a trade union, and how union membership can benefit people, that they should not feel like they are taking advantage or trying to outwit their employers, that union membership is a question of basic rights.

When it comes to the history of our organisation, Razem, we are quite a new party. The party is made up mainly of people who have just had enough of seeing the same faces in politics. If you look at other political parties in Poland, it is the same people who were in or close to power before 1989. After 1989 they just changed colours, but these are the same people. We have had a short period of leftwing rule after 1989, eight years of parties of the centre, and now it is the second time that we are facing right-wing rule.

Razem was created in 2015, a group of people who were previously linked to young socialist associations, decided spontaneously to create a political party bcause they were not satisfied with the way things were in the country. They talked about what they thought our country should look like, and launched the party. We started collecting signatures. It took less than a couple of week to collect enough signatures to register a political party. Three months later we took part in a general election and got 4%. Not bad for a party that was only three months old!

The party said that the country cannot continue the way it is, they just created a very cheap, very modest campaign – with a single short video for TV, with people saying that zero-hour contracts and not being able to make a living even working overtime was something that could not carry on. It was something that has not been present in the Polish political scene for a good while: a party proposing fundamental change. When you have the Alliance of the Democratic Left [the successor to the old Stalinist party] – they are not as leftwing as they should be. Their programme lacks fundamental legislation proposals such as, for example, marriage for LGBT people, recognising non-binary people, liberalisation of the abortion laws.

Razem supports these things. We have this quite brave proposal to raise the personal income tax for people earning above half a million, to 75%. We want fundamental change when it comes to workers’ ights and contracts, healthcare, housing: Razem proposed a programme on these bases.

The story with the Black Monday women’s protests [for abortion rights] – first of all, you have the events in April. At the end of March, the first word about a possible total ban on abortion comes about. I remember then, women organised themselves within two or three days, and Razem was involved, organising protests throughout the country. I was not a member at the time, but this inspired me. I was not previously aware of Razem’s existence – I lived in the UK – but that was the start.

Then between April and now, when it was clear that the anti-abortion Bill might still go through, Razem proposed another wave of protests. One of our members proposed the hashtag “black protest”, with people taking pictures of themselves dressed in black. At first that was just online, but then black protests took place in real life. Then on one protest on 24 September, organised by Razem, one of the participants, in a city called Wroclaw, speaking from the stage, she said, like the women in Iceland, we should give them a Black Monday. She organised the event on Facebook and it caught fire straight away.

I think people were just waiting for someone to give that signal. So when it came to other protests on Black Monday, obviously it was Razem’s social media campaign that started the whole chain of events, but Black Monday grew out of it in its own way. We saw things happening not just in the big cities but also in small towns. It showed that society is starting to change. There was very little central coordination: the idea was just “we are going on strike”.

In terms of the Labour Party, well, many Polish people have been here a long time but have no representation in Parliament. There is a problem of people not engaging with local communities, not trying to influence politics. We have decided it’s time for a change, to encourage people to take an active party in shaping this country. We have set up a group called the Polish Labour Society. We are getting it properly registered with Labour and we want to create a platform for Polish people and the Polish community to be able to influence what’s happening in politics.

We don’t know how many members we will get. We need to put the word out and let people know that we exist, using social networks as well as political ones. We will start a campaign as the Polish Labour Society around workers’ rights and around tackling racism – within as well as against the Polish community. Poland is very affected by right-wing radicalisation and Polish people in the UK are not immune to that. When our campaigning gets going, we will be looking for other activists to link up with. 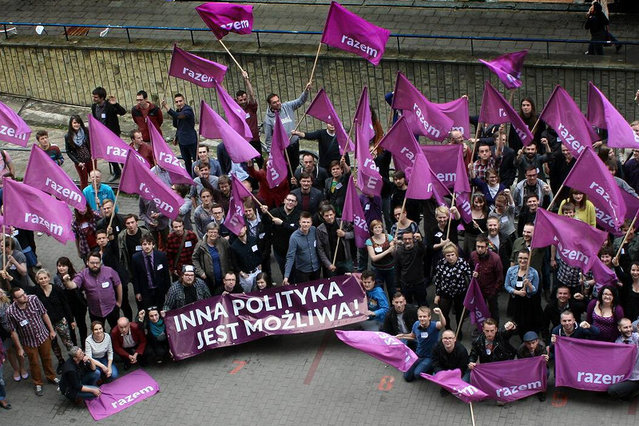