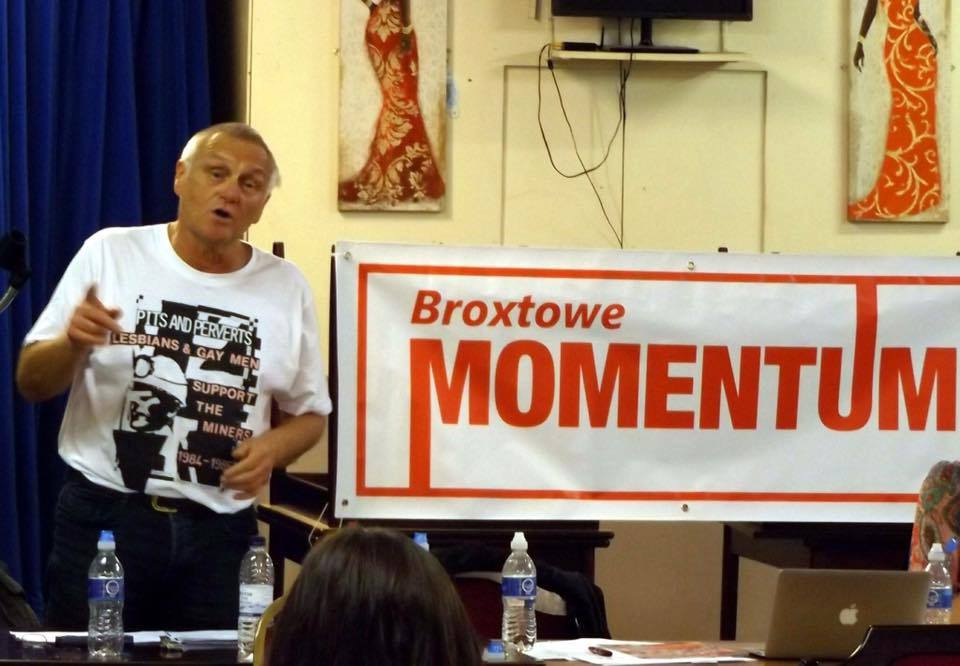 The Stop the Labour Purge national conference in Nottingham on 26th November was an uplifting and positive event. Around seventy activists came from Momentum groups and CLPs from up and down the country. The mood was vibrant and determined to continue fighting against the purge and for democracy in the Labour Party.

The conference was opened by ASLEF general secretary Tosh McDonald who brought laughs and cheers as he spoke of his encounters with Hilary Benn and the twisting of his comments on Benn leading the charge to bombing Syria from the Labour front bench.

Labour NEC member Christine Shawcroft also spoke, highlighting the undemocratic operation of the NEC and the efforts she is making to support those suspended and expelled. Broxtowe CLP’s Councillor Greg Marshall welcomed us on behalf of the local party and Momentum activists in Nottinghamshire.

The workshops were very lively and productive as we discussed rule changes, how to win democracy, how to transform our CLPs and what role the unions can play in fighting the purge. Many ideas came out of this including the creation of a “Bill of members’ rights”, proposals for delegations to John McDonnell and Jeremy Corbyn, and formulating model motions for CLPs.

It was both useful and encouraging to share stories of success with friends and comrades, most of whom I had not met previously. There was not always agreement but the discussions were comradely and reflective. When we are fighting it is important to know we are not alone and it was particularly good to hear of other’s success in winning CLPs from the right.

We decided to continue the campaign with the formation of a committee of activists who will work together and seek unity with other campaigns and groups, including Momentum, to win justice for members.

The conference was closed by former Derbyshire miner and Clay Cross councillor John Dunn (pictured) who received a standing ovation for his speech in which he told us of his encounter with Owen Smith at his Orgreave Truth and Justice press event. Johns words evoked the spirit we need to have now; no apology for what we think and what we stand for, honest and forthright in our ideas and a clear commitment to socialism based on working-class struggle and class solidarity.

For more information on what next for the campaign visit the Stop the Labour Purge blog or Facebook page. Or email stopthelabourpurge@gmail.com