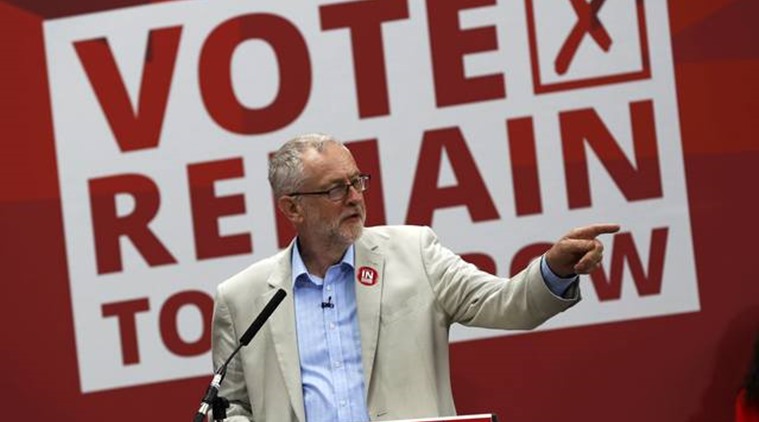 Post Brexit the Labour Party faces some stark choices. The key fault line in British politics is not, as many wish, social justice, but the nation’s relationship to the European Union. If Labour is not to be decimated as a political force at the next election then it has to come up with a coherent plan for exiting the European Union. The task is made that much harder when the two key components of Labour’s electoral coalition; the metropolitan left on the one hand and post-industrial communities on the other, are so radically split in their attitude towards the EU.

The reality is that in the June referendum seven in ten Labour held constituencies voted to leave the EU. There were emphatic votes to leave in Labour heartlands. Middlesbrough voted 65% to 35% for leave while in Sunderland it was 61% to 39%. The South Wales valleys voted to leave, as did the towns of Lancashire. People’s reasons for voting leave were varied but polling suggests that the one reason which united all leave voters was a desire to, “take back control”.

As a slogan, “take back control”, is a piece of genius. Open to endless interpretation it could mean taking back control of laws, of finances, of your life or for many, of borders. These issues were obviously consciously conflated by the leave side during the referendum campaign yet their success was because they recognised this desire for control and addressed it.

The Labour party has ignored that desire for far too long. Many people have seen their communities eviscerated, their real wages fall consistently for 40 years and their dreams of seeing their children grow up to live happier lives than they were able to, shattered on the rocks of neo-liberalism. People understand that this is obviously the result of the development of capitalism. The fact though is that whilst social protection has deceased many people have come to misconstrue two effects of this development – mass immigration and deteriorating welfare services – as being casually related.

Tired of empty promises and being taken for a run under new Labour many will vote for whichever party they think offers the most hope of regaining some sense of control. The Labour Party then must come up with such an offer.

The journalist Paul Mason has suggested that the offer must involve, “reconnecting with our voting base by designing a migration policy that works for them, and not for rip-off construction bosses or slavedrivers on the farms of East Anglia.” Building on this idea Clive Lewis recently said that, “if companies want to bring in people from abroad, those people should have to belong to a trade union. And I think that that will in turn mean that companies will want to begin to take people more often from this country.”

Ensuring that any employers who bring staff from overseas are obliged to negotiate with a trade union will not only prevent the horrific exploitation of migrant Labour that many companies have come to rely on in the UK. If it were aimed at all un-unionised worker it could be part of an aggressive effort from the entire Labour movement to re-build the power of Trade Unions in this country and drive wages back up to the levels they should be. During such an effort though it is only if companies are prevented from bringing in non-unionised workers to break strikes that they could win gains.

In fact this was partly the reason that the International Working Men’s Association (First International) was founded in 1864, to “bring the wages of the ill-paid to as near as possible with that of those who are better remunerated, and not to play us off one against the other, and so drag us down to the lowest possible condition, suitable to their avaricious bargaining.” There has never been anything progressive about free movement in and of itself if it is used as a weapon against the working class.

Many on the left will understandably feel uncomfortable about this idea but I think it could potentially address many people’s genuine concerns about downward social mobility in a more progressive way than any other current proposals. It could signal that the Labour Party will not stand for the playing off of workers one against the other, moving the debate instead onto one of class solidarity. Ultimately though, if the Labour Party can’t offer people a way to take back control of their lives then it will be found next to the Whigs as a potent political force from a previous century.