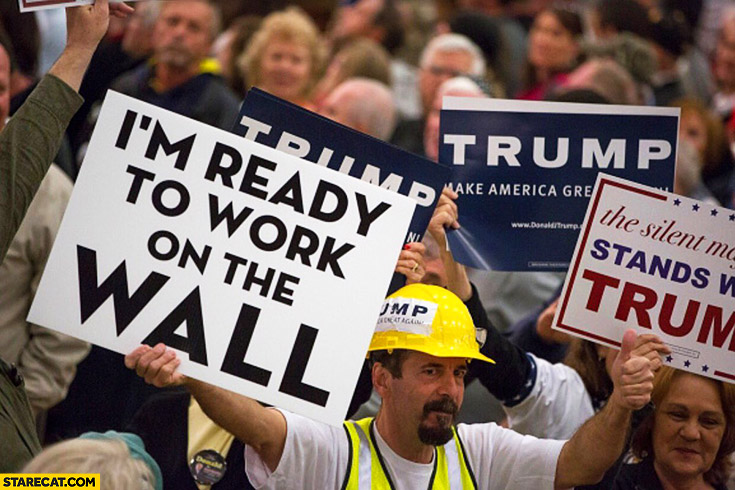 Donald Trump’s victory is a serious defeat, but one that has been a long time coming. It is the same problem posed by Brexit, by UKIP and by the rise of the populist right in many countries.

Labour’s right are using Trump’s victory to press arguments about the left embracing “patriotism”, ie nationalism, and migrant-bashing, to address people’s “concerns” and “identity”. The left can never win that game – playing it will only strengthen the right and far right by accepting their premises. “Winning” would mean losing the things which meaningfully define the left as a left.

The problem with the Clintonites and with the Labour right is not that they have been insufficiently nationalist! It is that they want a “left” stripped of class content – but whose class content is in fact defined not by the needs of workers but by the needs of capital. This pro-capitalist, neo-liberal “left” has little possibility of relating to the millions battered by a decade-long economic crisis and driven by a feeling that politics cannot go on as before, or of developing an alternative class-based pole of attraction.

What allowed Trump to win while losing the popular vote was sucking up white working-class voters in previously industrialised, heavily unionised states regarded as safely Democratic – Wisconsin, Michigan, Pennsylvania. Racism is no doubt a major factor, but it is racism shaped by working-class demoralisation and the decline of meaningfully working-class institutions, above all trade unions.

Blairite-type politics, like the more purely capitalist maintream of the Democratic Party, cannot conceive of reconstituting a working-class political force capable of confronting the populist right on its chosen ground of class by championing real working-class interests. That is why the Corbyn-haters avoid discussing such issues, preferring to present the left as middle-class and hostile to working-class people.

That accusation would be better levelled at the Labour right. Their professed concern for workers’ interests, combined with cringing before the demands of the rich, is laughable. Nontheless, it is true that the left has a mountain to climb.

The labour movement has got weaker. Socialists are primarily based among “middle-class” – in fact white collar, big city, more formally educated – workers. The main beneficiary of the capitalist crisis, so far, is the nationalist right, and its current is flowing strongly.

Nonetheless, in Britain, America and many other countries the labour movement is still a force – potentially a mighty one. Movements like those around Corbyn and Sanders show a desire for left-wing answers among millions of people. If we organise people, build up the movement while educating for socialist ideas and vision, and wage more and stronger struggles for working-class interests, the big picture can change fast.

A lot of that work needs to be done at the grassroots – in local Labour Parties, in workplaces and trade unions, in communities. Strong leadership would help. We need to build leadership from below – but we can also address demands, proposals and criticisms to our comrades at the top.

The movement we must build will be a million miles from Trump’s. But what we do need, but lack so far, is the kind of political daring and aggression Trump and his supporters have displayed.

With the millions disillusioned with mainstream politics, the left and labour movement must begin a discussion around plausible ideas, proposals, slogans about how they can fight for their interests, against the growing wealth and power of the rich.

We should take the slogan of the nationalist right, “Take back control”, and make it our own – insisting we need to take control back not from migrant members of the working class, not from foreigners, not from “Europe”, but from the exploiting class and its structures of power that dominate everywhere in the world.

That enemy faces us, first of all and most importantly, in our own country. And our potential allies, other workers, are in other countries, all around the world.

If we cannot get Labour and the labour movement fighting hard for workers’ interests and socialist ideas and policies, then Trump’s election may well be a harbinger of similar disasters in Britain.

Corbynism as it has existed so far falls short of what we need – the left needs to be much more ambitious if we want to change the political environment.