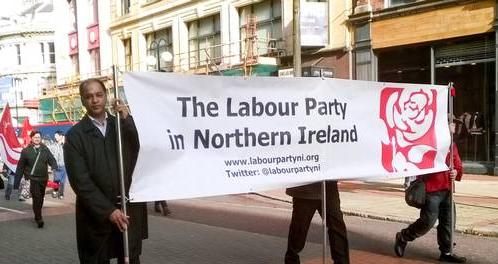 As a Constituency Labour Party of UK Labour, we meet regularly, decide on policies, campaign on issues and send delegates to conference, but are unable to vote for Labour Party candidates in any election: local, General, European or Stormont Assembly. We have nine local branches and, increasingly, ward-level organising committees and have the largest membership of any political party in the region. The LPNI plays an important role in Northern Ireland campaigning for marriage equality (blocked by the Democratic Unionist Party) and for reproductive rights (abortions are not allowed even in the instance of rape, incest, foetal abnormality or risk to a woman’s health). Nevertheless, we are forced to vote for local ethno-sectarian parties in the absence of a Labour Party alternative. Sectarianism is therefore exacerbated.

Moreover, the Party has grown rapidly since Jeremy Corbyn’s leadership campaign in 2015, from 350 to over 3000 members and supporters. As you would expect, the new members are strongly motivated by the politics that Corbyn’s leadership promotes. When we held a nomination meeting this summer, the vote was 70:30 in favour of Corbyn (121 for Corbyn, 14 for Smith and 33 abstentions), which mirrored his share of the actual vote some weeks later. However, our membership is largely very new and so the majority of our 3000 members were denied a vote in the latest leadership election (around 700 votes were cast). Had these new members voted, we would have expected support for Corbyn to have come in at more than 80%.

So, the LPNI membership is strongly motivated by Corbyn’s leadership and can make a significant contribution to advancing those progressive politics as part of the wider Momentum movement. Momentum organisation would help LPNI members to:

1. Convert new members, drawn to the Party by Corbyn, into activists through use of the Momentum brand.
2. Build better connections between grassroots LP activism in Northern Ireland and the rest of the UK, to achieve common goals.

Furthermore, Labour Party members frequently move between Northern Ireland and other parts of the UK and wish to continue their activities within Momentum, this region should be brought into the fold so that we do not lose valuable activists where there is a void.

We understand that traditionally some parts of the Left has been antithetical to Labour Party organisation in Northern Ireland. However, the facts of the matter are that thousands of Northern Irish people have joined Labour and are seeking their political representation. These people come from both communities, different political traditions but are united by their demand for a left-wing alternative to sectarian politics. They also need a political party that does not discriminate against women and the gay community. Many Northern Irish people are members of affiliated trade unions and, again, find themselves disenfranchised from the political representation they might expect. Whilst the Social Democratic and Labour Party is often described as a ‘sister party’, its spokespeople have regularly opposed a woman’s right to choose and, moreover, they do not attract support from across the sectarian divide.

(For an interview with Leonie Hannan, see here)