Leonie Hannan, Vice Chair of the Labour Party’s Belfast branch, spoke to The Clarion.
For an open letter from Momentum supporters in Northern Ireland to the Momentum NC, arguing for their right to organise a group, see here. 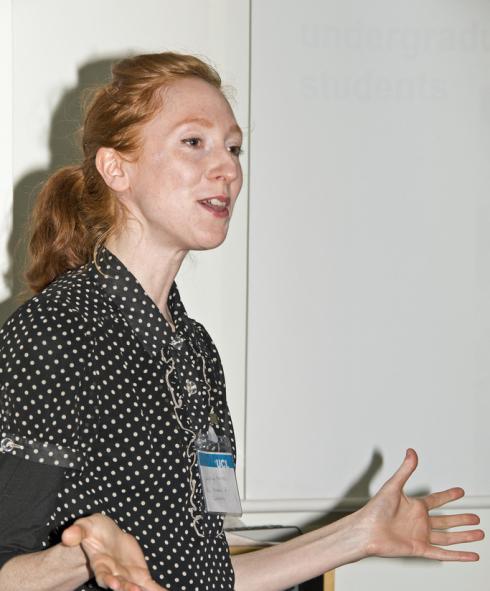 How has the Labour Party in Northern Ireland changed over the last eighteen months?

LPNI has changed in two main ways. First of all it has grown dramatically, from around 350 members back in May 2015 to over 3000 now. There was a first surge during and just after the leadership election in the summer of 2015 and then a second leap in membership prompted by the coup and the prospect of a challenge to the elected leadership.

This first change, in many ways, predicts the second – that the politics of the party here have shifted to the left and members have an appetite for active involvement in politics. It’s clear that people are joining because they are motivated by Corbyn’s leadership, his critique of society’s problems and the kinds of policies he is advancing. When the party was much smaller, it did not have the reach that we have now, it was in some ways quite de-politicised because the focus was trained almost exclusively on the right to stand in elections – which LPNI still does not have and which remains a very important issue for us.

However, despite this difficult context for Labour activism, now we are seeing new members who are primarily motivated by politics and the need to contribute to the Labour Party’s new direction – a direction which they see holds potential to address the serious problems facing society, problems that have been compounded by years of austerity and which have particularly acute ramifications in Northern Ireland.

What kind of people are involved and what motivates them?

Well this is the really interesting bit and points to how our increased membership can contribute significantly to our long-standing campaign for the right to stand candidates. LPNI attracts members from across communities, people who see the system isn’t working for them and who feel a profound disillusionment with sectarian politics. We have trade unionists joining us, we have BME members and many LGBT members too – who don’t always feel comfortable in some of the other political parties in this region.

We have members who might describe themselves as Republicans alongside those who hold Loyalist views and, of course, many in between and this is something quite unique in Northern Ireland. Something quite unusual and yet extremely powerful. For progressive politics to make an impact here, we have to draw people from across the sectarian divide around issues that affect all communities – the effects of poverty, loss of jobs, social, educational and health inequality, homophobia and racism and the continued repression of reproductive rights. The larger a party we are here in Northern Ireland, the more motivated activists we attract, then the greater pressure we can apply on the issue of our right to stand candidates. We are here, we are many, we are diverse and we need Labour representation.

Corbyn won 70pc of the vote in your nomination meeting – more than in his own CLP. Why such strong support?

He didn’t just win 70% of the vote at our meeting, he won 70% of the vote in the election itself. Moreover, he would have had an even higher share of the vote if the majority of our members had been able to use their vote. In the end, much less than a third of members could exercise a vote (because our membership is disproportionately new and therefore found itself subject to the NEC’s last minute rule changes). I just think this shows the way Corbyn’s political agenda resonates in Northern Ireland, which is a post-conflict society suffering deeply at the hands of its own power-sharing government and their implementation of Tory cuts.

In fact, at the nomination meeting, person after person stood up to say why they had been brought into politics (often for the first time and, for some, after decades of disillusionment with politics) by Jeremy Corbyn’s leadership of the Labour Party. They saw this change as offering an opportunity to rehabilitate the Labour Party as a political party for ordinary people; a party that would not put the needs of corporations above those of struggling workers.

How does the LP fit into, or stand out from, the framework of sectarian politics and the constitutional conflict in NI?

As I mentioned, LPNI draws its membership from both communities and provides a much-needed space for non-sectarian politics. In fact, its growth in membership speaks not only to the interest in Corbyn, but also to the disillusionment with Stormont [the Northern Ireland Assembly]. Effectively we have a government made of false opposites – Sinn Fein and the DUP power share, they govern together and they implement the Tory agenda. Of course, engaging with the Labour Party doesn’t preclude having a view on the Union, but in the end the Good Friday Agreement ensures that any change would have to have the consent of the people.

What is your relationship with the trade unions?

We have a really strong relationship with Unite, who provide us with space for our meetings, who campaign with us on local issues and who resolutely support the project of standing Labour candidates in NI. There is really high trade union membership here in Northern Ireland, many as part of affiliated unions and so it is a real disservice to those affiliated members not to have the possibility of full political representation.

Please explain about this issue of standing Labour candidates.

Historically, the Labour Party has tried to remain neutral in relation to Northern Irish politics, preferring to sustain a relationship with the Social Democratic and Labour Party instead. The SDLP are sometimes referred to as a ‘sister party’ and attend Labour Conference.

However, there are a number of problems with the SDLP in terms of Labour representation. First, they do not (and cannot) attract support from both communities because of their status as a nationalist party. They have their origins in the Civil Rights movement and the Catholic community’s struggles in the 60s for equality. Today, their commitment to equality only goes so far, they describe themselves as a pro-life party and their spokespeople have continued a virulent attack on women’s rights by vocally supporting the current abortion law (women cannot even have an abortion in Northern Ireland in the circumstances of rape, incest, foetal abnormality or risk to a woman’s health – interesting considering the recent Polish women’s campaign).

Besides this key issue, the SDLP hold conservative views on a range of issues and just don’t offer a left-wing alternative to the ultra-conservatism of the Democratic Unionist Party (DUP, founded by Ian Paisley). In these circumstances it is just not reasonable for the Labour Party to suggest that Northern Irish people should support the SDLP in the absence of Labour. I suppose the other simple point to make is that 3000 people didn’t just join the SDLP, they made themselves clear when they joined the Labour Party and I think they should be listened to.

What are the big issues the party, or its members, campaign/should be campaigning on over there?

Northern Ireland is an economically deprived region, a problem which fosters sectarian tension, and has suffered a series of devastating job losses. JTI Gallagher let workers go in May, Caterpillar announced job losses in September, cuts have been seen across the voluntary and community sectors, library service cuts and many more. There are also the same issues as elsewhere with un-unionised labour, which need to be tackled and LPNI is playing its part supporting worker organisation and strike action wherever possible.

The Momentum NC in February passed a document saying the organisation wouldn’t organise in NI. What’s your view on that?

We are writing a letter to the NC making our case for Momentum organisation in NI. The main point is that their decision not to organise is based on a a statement made by a Momentum national officer that Labour does not organise in NI. Well, as I have just explained – Labour absolutely does organise in this region and so there is no reason why Momentum should not also organise, especially so considering the motivation of the vast majority of our members. I regularly get forwarded emails received by Momentum from members in NI who are eager to be involved, the demand is there and it really should be met. Like the right to stand issue, it is a bit much to be told by people in England what we can and cannot hope to achieve over here in relation to Labour politics. Really, the people in England, both Momentum and Labour, ought to listen to the 3000 Northern Irish residents who are telling them very clearly what it is they need. 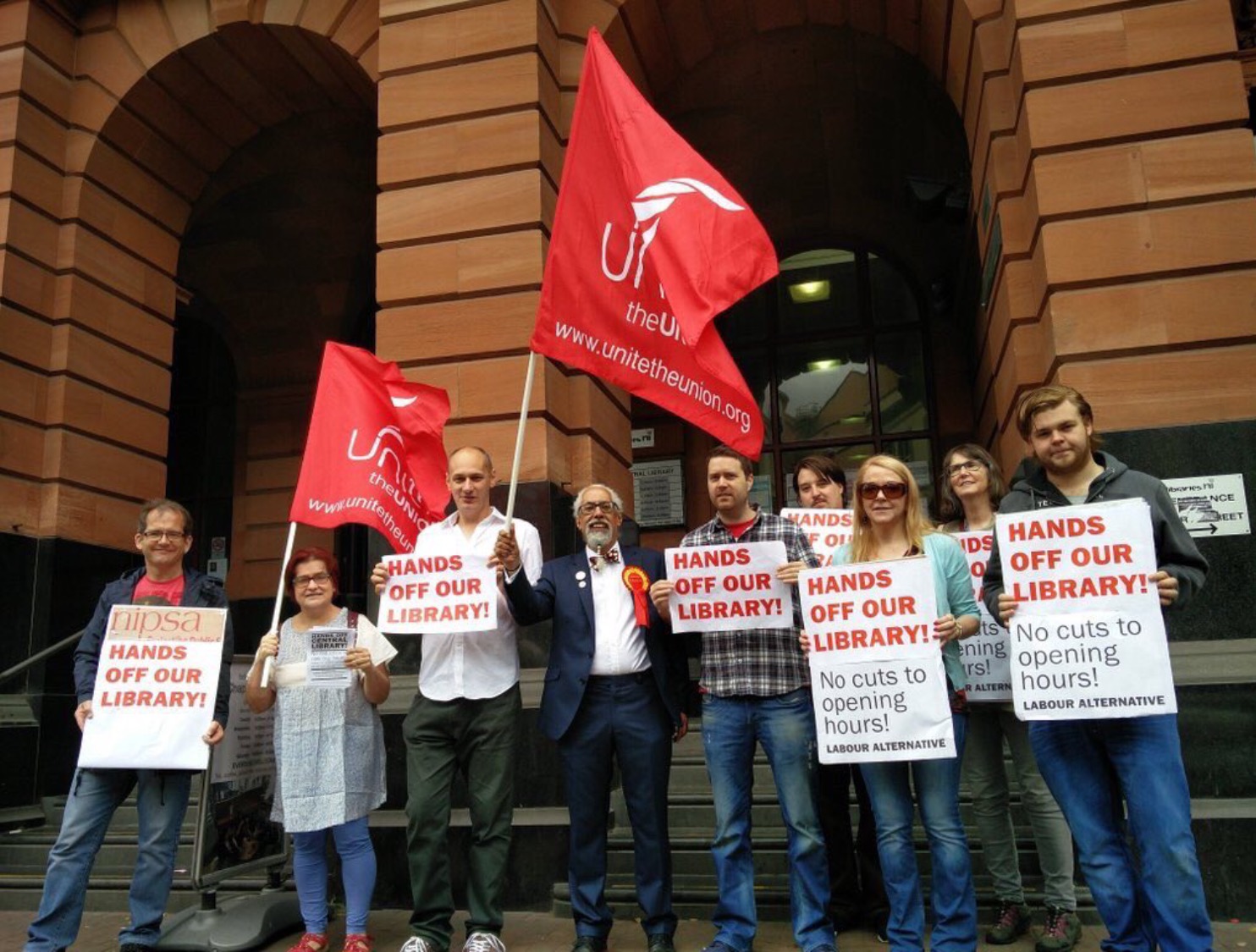